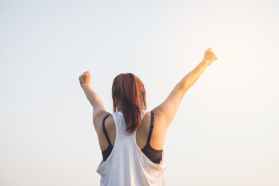 This is a photo I took from a bus in May 2018 of the Winged Figure by Barbara Hepworth, 1963, shrouded in scaffolding during restoration of the John Lewis Oxford Street store.

Winged Figure was commissioned by the John Lewis partnership for their flagship store, and Hepworth was instructed to express, “the idea of common ownership and common interests in a partnership of thousands of workers”.

I thought the scaffolding surrounding the six metre tall modernist icon signified a sense of reconstruction, not destruction. Reset, rebuild, reboot. Things can and will change.

Dame Barbara Hepworth was a leading modernist abstract sculptor whose work after the austerity of WWII, lifted Britain towards a more tolerant, equal and expressive society of the 1960s that many hoped would banish war forever. Her work conveys a strong sense of hope and optimism for the future, and is best described by a quote from the Tate St Ives gallery where most of her work can be seen:

“Non-representational abstract art became linked to hopes for an international, spiritually enriched politically harmonious art and society.” While others artists expressed “fears and uncertainties derived from the unconscious”, Hepworth worked in the utopian ideal.

Cy Forrest’s novel, The Punished, which deals with WWII and its effect on post-war British society, is out now.