Am I Wrapped Up Well For The Future? 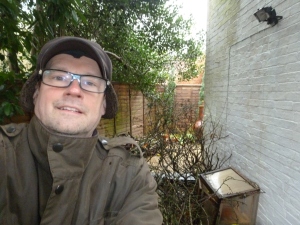 This is me off to watch the football last weekend. The weather in the UK? The usual freezing hurricane and rain.

I was bogged down with a bit of work on Stop the World I Want to Get On, my old 2011 novel formerly known as Tiger Hugs, and The Marquis of Queensbury.

I couldn’t wait to get into the fresh air. I’d returned to the jolly saga for the first time in 12 months. It seems a long time since it reached number 23 with 100 backers on Authonomy (Harper Collins’s website for “aspiring authors”), but it looked okay a year on.

Jules, Damian Bones, along with neighbours Suki Chen and Macy May, are all forced to squash into Damian’s 1976 Mark II Ford Transit when Bamber appears behind the controls of a rampaging bulldozer.

They flee London in the speeding Ford and resurface sharing a container on a ship, the SS Jolly Condor, with crates of model Mount Etnas bound for Sicily.

Unfortunately, Damian has secretly cut them into a deal with Bamber, and the model Etnas contain heroin.

And so on. There was far too much telling instead of showing which was a result of putting it up for public approval. The rule is, if people don’t want to be shown something, they won’t see it.

So I’d done a lot of spelling out which just made things worse. The dogmatic Show Don’t Tell  mantra went out of the window, but it is a story about ordinary people struggling against the odds. On the road with the new, dead-beat generation. Kerouac wasn’t put off. Why should I be? So here goes. Take ten. There may be a new market for a new genre out there. Mainstream Comedy. 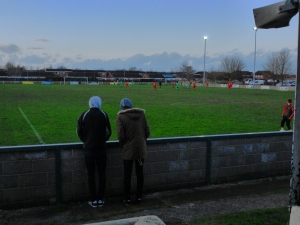 I renewed the brilliantly interesting and informative iandsmith.com domain for another two years.

Will there by even more faster loading adverts, content defined by massive news corporations and street level circulation of prosecutable abuse swamping out everyone else?

I was just reading about recent Twitter prosecutions, and the defence that the abusers gained encouragement by seeing their abuse retweeted makes me think these people didn’t get a fair hearing.

Not that there’s no such thing as free will, but does social networking need to change its algorithm to stop abuse by circulation and propagation?

Is it just a matter of time and money stopping lawyers getting organised against Facebook and Twitter’s stance?

Analogy Alert: If you give someone a stick to beat people with, you don’t keep handing that stick out.

I just signed this petition for internet equality.

To EU and US decision-makers:

“We urge you to use your power to stop a two-tiered Internet for the rich and ensure that all data traffic is treated equally. Allowing service providers to prioritise certain content and act as gatekeepers will undermine the democratic and open nature of the Internet. We count on you to show true global leadership and stand strong for Net Neutrality.”

I’ve been on the internet since 1995 when I hooked up with Demon and Freeserve.

I started this blog in 07, just as it was about possible to detect the two-tier internet developing, the “turnkey tyranny” described by Edward Snowden.

Now is not the time to quit the internet, as I demonstrated by continuing to pay WordPress and LCN so you can read this. But, hey, guys reading this who promote things, get wise. I’M NOT RICH. Okay.