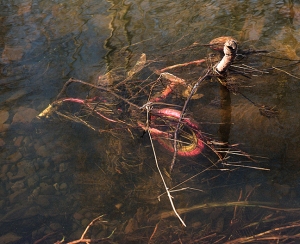 “The river marks a boundary between the city and the arable (farm) lands and is not only a favourite spot for the dumping and burning of stolen cars or for junkies to hang out; but is also used by dog walkers (myself included) and as an adventure playground for the local kids. For many it is invisible, a non-place passed by on the way to greater treasures in the city or the countryside real and as such becomes its own place free of any expectations of ever being more than it is.” John Darwell

A price was put
On every word.
He went away
And saved a fortune.

He used the pipe
To cross the river,
Slipped one day
And never recovered.

They built a bridge
So dangerous,
That thousands came
To have a go on it.

He came to say
The bridge was deadly,
But they’d already
Reached the other side. 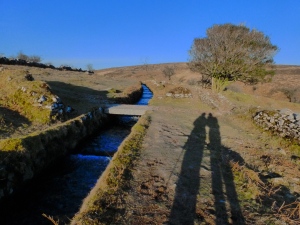